It’s not too often a pastry chef trades in his oven mitts for a welding mask, but that didn’t stop Race Faulk from chasing his dream.

“I can’t say enough about the welding course and the experience I had. I would encourage anyone looking for this type of training to call Palmetto Goodwill and get signed up. I can’t wait to get started in my new career!” said Faulk, a recent graduate of Palmetto Goodwill’s Career Credentialing program as he reflected on his time in the course and shared his story with Goodwill’s local board of directors on Thursday afternoon. A native of Summerville, Faulk grew up in the Charleston area and attended Hanahan High School before enlisting in the U.S. Air Force in 1989 as a food service worker.

Ultimately, Faulk would work his way up to becoming a culinary chef in the Air Force before being honorably discharged from the service in 1997. Like many fellow veterans, Faulk was faced with a difficult decision on what career path he was going to pursue once he left the service. Using his prior experience and skillset, Faulk decided to attend culinary school where he graduated with an associate degree. Upon graduation, Faulk became a pastry chef and began his first job out of school with a wholesale bakery in North Carolina before transitioning into a role as an assistant chef at a five-star restaurant in Greenville, SC. Eventually, he ended up returning to the tri-county area to help care for his brother.

Although Faulk initially continued to work in the food service industry upon returning to Summerville, he decided it was time for a change of scenery. So, after 25 years of working in the same career field Faulk took a chance and started his own landscaping business in 2015. Even though landscaping was paying the bills, Faulk never felt passionate about the job. Instead, Faulk was determined to learn how to weld – something he had been interested in since childhood primarily because of his father, who had worked as a welder in the Charleston Naval Shipyard for 30 years.

Faulk shared the news with his father who began teaching him how to weld. However, the training only lasted for 6 months before his father was unexpectedly diagnosed with cancer and passed away shortly thereafter. However, as fate would have it, Faulk’s wife soon heard an ad on the radio for Palmetto Goodwill’s welding credentialing course. After some thought, Faulk decided to continue pursuing his passion and sign-up for the class. As a U.S. veteran, Faulk was enrolled and trained in the course at no cost in October 2019. Upon completion of the course, graduates like Faulk receive an OSHA certificate, forklift certification and a requisite 300 hours of welding training.

On January 17, Faulk is scheduled to complete an initial exam and interview at Comact Equipment in St. George, SC. where he will have the opportunity to display his knowledge and put his skills to the test. Every day, Palmetto Goodwill aims to assist individuals like Faulk in advancing their careers and placing them into high-demand industry jobs throughout South Carolina. To learn more about Palmetto Goodwill’s credentialing courses or refer a friend, follow this link. 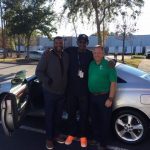 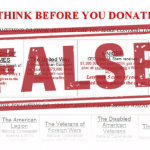 Fact Check: Think Before You DonateFulfilling the Mission