More than 400,000 United States veterans reside in South Carolina, and for many, the transition back to civilian life is filled with barriers. Often, veterans in our community struggle with job placement, training, medical matters and so much more. Each of these daily obstacles becomes even more overwhelming without the assistance of something many Americans take for granted every morning before heading to work – owning a vehicle. For most people, vehicle ownership represents self-sustainability, pride and respectability. On Thursday, Palmetto Goodwill and Palmetto Warrior Connection were honored to provide United States Veteran Curtis Bryant with a vehicle of his own.

Mr. Curtis Lee Bryant served honorably in the U.S. Navy for over 5 years during the mid to late 1980’s. During his time in the Navy, Bryant was a boiler technician working as an operations engineer on the boiler and steam systems aboard naval vessels. Bryant concluded his time in the U.S. Navy by serving on the USS Milwaukee (AOR-2) – a ship that earned one campaign star for Vietnam War service and is known for transporting the world-famous King Tutankhamun exhibit to the Metropolitan Museum of Art in New York City.

Following his discharge from the U.S. Navy, Bryant began the tough transition back to civilian life by finding various work in industries such as grocery, vending, distribution, machine operation, warehouse operation and logistics. However, Bryant’s life would take a drastic turn after a fateful decision found him incarcerated for more than 10 years.

Following his release, Bryant was left with nothing but the clothes on his back. As a result, he quickly found himself homeless right here in the Charleston area. According to the U.S. Department of Housing and Urban Development, Bryant became one of nearly 500 homeless veterans living in South Carolina. Working with Veteran’s Affairs (VA) and other locally supportive organizations, Bryant was eventually able to move through the transitional housing pipeline and into a rental apartment.

In August 2019, Bryant engaged with Palmetto Warrior Connection and Operation GoodJobs before enrolling into Palmetto Goodwill’s Veteran’s for Manufacturing (VFM) certification course. Through hard work and dedication, Bryant completed the 10-day VFM course and graduated from the program in September 2019 while receiving several manufacturing job opportunities. On the surface, Bryant’s future appeared to be looking up.

However, it seemed he would face yet another uphill battle when he was ultimately unable to take advantage of these job opportunities due to lack of a driver’s license or access to transportation. Unfortunately for Bryant and millions of other service men and women, The U.S. Department of Transportation estimates 4 in 10 veterans live in areas where affordable transportation options are limited. For Bryant, this posed a threat to his livelihood.

Thankfully, through the kindness of Mr. Eddie Jackson, owner of Palmetto Training Incorporated and partner of Palmetto Goodwill, Bryant was able to receive training and obtain his driver’s license. As a result of getting his license, Bryant could begin his search for new jobs but was still limited by his transportation shortfalls as a driver’s license was only half the battle. Currently, Bryant is employed by the VA in the Compensated Work Therapy program – a training program for struggling veterans looking to integrate back into the work force.

Receiving a vehicle will no doubt open many new and exciting opportunities for Bryant who is one of the many success stories generated by PWC. According to his landlord, Bryant is the “best tenant” she’s ever had and his case worker at the VA notes “he has always done what was required to continue to make progress and improve his circumstances.” Palmetto Goodwill, Palmetto Training Inc., Operation GoodJobs, and Palmetto Warrior Connection have had a meaningful impact on Mr. Bryant’s life and will continue to support him on his journey. 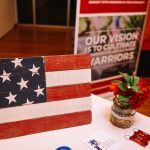 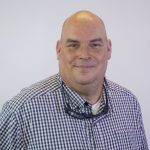