When Julia “Francine” Burden found the Senior Community Service Employment Program (SCSEP), she had been unemployed for nearly two years.  Having worked most of her life in office administration making a decent living, the time she spent unemployed was financially difficult and frustrating.

SCSEP is a Department of Labor program funded through the Older Americans Workers Act that provides on the job skills training to individuals 55 or older with limited financial resources.  Since its inception, SCSEP has helped one million older Americans enter the workforce.  Palmetto Goodwill operates the Federal SCSEP program across 23 South Carolina counties as a sub-grantee of Goodwill International.  Once enrolled in SCSEP, participants are assigned to paid “on the job” training at either nonprofits or government entities, but the ultimate goal of the program is for every participant to enter into competitive employment.

Once enrolled in SCSEP, Francine was immediately assigned with the City of Charleston in a paid training assignment in the records management department as a records clerk.  Francine recalled that her assignment at the City helped boost her confidence so that she could transition back to competitive employment.  Francine was then transferred to an assignment at Carolina Youth Development Center and was placed into training as a front office receptionist.  This experience, she states, helped her realize that she really liked working around children.

While training at her assignment at CYDC, Francine was invited to attend the SCSEP Job Club at Palmetto Goodwill’s main office.  Job Club helps SCSEP participants narrow their job searches, improve their current resumes and sharpen their interviewing techniques.  But, Job Club also importantly provides the individual support and encouragement that each participant needs.

While in Job Club, Francine learned that she had been offered an interview at a health insurance company.  But, she admitted to fellow Job Club members that the thought of actually doing that job was not very exciting to her.  With the encouragement of her peers in Job Club, Francine made a list of what her ideal job would look like.  It would be part-time, working with children, and she would spend at least part of the time outside.

At the following Job Club meeting, Francine announced that after careful thought, she decided she was going to be a school bus driver.  She knew that at this point in her life that the job fit all of her criteria.  Her bold decision was met with support and encouragement from other Job Club members.  While in Job Club, Francine took and passed the CDL permit test and was accepted into the paid Durham Bus Services training on the same day as Job Club graduation! She anticipates completing this training within the next several weeks.  “I am excited to be the first point of contact every morning for these kids, and offer them smiles on the way to school,” said Burden.  “SCSEP gave me the confidence to know that I am still valuable and the support I needed to move forward with my individual goals.”

Currently, Palmetto Goodwill has over 200 enrolled SCSEP Participants in South Carolina.  Programs like SCSEP are important as the United States is undergoing a demographic shift that is changing older Americans’ relation to the workplace. The average and median age of the U.S. population is rising, and the composition of the workforce with it. By 2020, it is estimated that workers 55 and over will make up 25% of the U.S. civilian labor force, up from 13% in 2000. SCSEP addresses all of the training needs of the older worker population to assist them with staying marketable in the workforce which helps them earn enough to support housing and other basic needs. SCSEP also addresses the myths surrounding older workers, such as they are sick more often or cannot perform the job.  The reality is that the majority of employers rate their older workers as very high on characteristics such as judgment, commitment to quality, attendance, and punctuality.  For these reasons, older workers, like Francine, are valuable team members of any well rounded workforce. 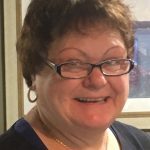 Helping Veterans Every Day Through Palmetto Warrior ConnectionFulfilling the Mission