Palmetto Goodwill is proud to celebrate Black History Month! Join us this February, as we honor African American history and culture by sharing testimonials from a few of the powerful leaders that make up our organization.

Introducing our first Team Talk Spotlight, Paula Jenkins. She is a project manager at the Naval Weapons Station Dining Facility and has been with Palmetto Goodwill for over 11 years.

What does BHM mean to you?

It’s the time of year when everyone, not just a certain group of people, is able to celebrate some of the accomplishments and history that people of color have made.

What is a moment in Black history that influenced or shaped your career/life or that particularly resonates with you?

I would say that moment in Black history that influenced and shaped me was when I joined the military and graduated boot camp and my job got changed to cook. I was very upset and was told by a black female sergeant, “Do you know who Zephyr Wright is?” I said ‘no’ and she said she was the personal chef for President Lyndon B. Johnson. His love of her and her food allowed and influenced his signing of the Civil Rights Act of 1964. Now, the military cooks cook for the president and many high-ranking government and prominent figures. If I did my best and learned all I could, I may have the opportunity that many black women never dreamed of. I later learned so much about Zephyr and all the ways she was able to show the discrimination that she suffered — and the president and his wife had a personal connection and strove to make the world better. I feel food is a bridge that has no color.

What advice do you have for people looking to start their careers or become leaders today?

To just do it. I know that it’s not for everyone, but find the individual that is actually doing what you do, that looks like what you would want to look like in the future, and see if they can help mentor you or give you advice. Even if it’s just 15 minutes of advice, it can change your life. And then just go take step one, go do it.

What motivates you to come to work each day?

The success stories that no one hears, or knows, or cares about. It’s the little success stories. Like someone that you took a moment out for and gave advice, gave encouragement, said good morning, kept them on the right path, or encouraged them, and they have a success, no matter how big or small that success is. But, it’s what makes your day worth being alive. So, is somebody getting a driver’s license, somebody getting married, somebody getting a job and leaving you as bad as that? It’s great, as happy or as simple as Miss Paula, I did this, or Miss Paula, we did that, or Miss Paula, me and my family bought a house. Those are the moments that just make coming to work okay. When you’re walking to a restaurant, a store, building, or a business, and you see one of your people succeeding and just living, it’s great.

What is your favorite mantra or quote?

Never give up. Change is the only constant. Those are my two that I tell everybody. They have really been the ones for all this time during the pandemic. Everything changes. If you’re okay that something is going to change or you’re aware that something might change, you’re mentally prepared for it. It’s okay. It’s just part of it.

Tell us a fun fact about yourself!

My favorite pastime is going to food truck rallies. I went to one in New Orleans. It was the most awesome food truck rally I ever been to. They had food from everywhere, but their local food is such a mixing pot that it was just like I was in heav 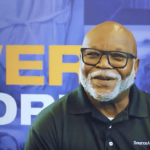