True to their name, Palmetto Goodwill’s career navigators always look ahead to find a way to help someone achieve their goals of training and employment. One of the best aspects of their job is when their clients successfully transition into a new role or earn new credentials to start a new chapter in life.

One of those clients was Henry Naranjo, a U.S. Coast Guard veteran who was preparing to retire from military service. Palmetto Warrior Connection’s lead career navigator, Joe Queen, helped him fortify his education so he can make a living constructing homes for people.

The military offers a Transition Assistance Program (TAP) that provides information, resources, and tools to service members and their families to prepare for the move from military to civilian life. Service members begin TAP one year prior to separation, or two years prior to retiring. During his class, Naranjo learned about Palmetto Warrior Connection and was surprised to discover how it could help him obtain professional certifications.

“The only thing I knew about Goodwill was, obviously, that they do a lot for the community, but I had no idea that this program was available. I know that my wife likes to frequent Goodwill stores, but I didn’t know that they went as far as helping veterans. That was very eye opening,” he explained.

He called Queen who told him exactly how to proceed. And Naranjo was on it. He had always wanted to work in the home inspection business and already had a similar position inspecting vessels in the Coast Guard, so he pursued training in that arena.

So enthusiastic was Naranjo that he finished his certificate in half the time allotted for the self-paced program. In fact, he was preparing to take the state licensing test at about the same time he retired. Once completed, he hopes to start his own business.

Queen said Naranjo is a great example of how a veteran can benefit from working with PWC.

“He is 100% self-sustaining in that he already knows what he wants to do but lacked the civilian certifying credentials,” Queen related.

The career navigators provide someone like him with assistance in planning his transition out of the military and into a career, making sure he is aware of the smallest details of what benefits are available to him and get him connected to the right people who can assist him.

“It’s a matter of facilitating that course of action. You have to plan accordingly,” Queen said. “Do you have a nest egg set up prior to your termination date or do you need to plan? You have compensation and benefits regularly distributed to you while in service but when you transition, you no longer have that. It’s all on you. You can establish that in the civilian sector but only if the plan is watertight. We can help shorten the time it takes to do all of that.”

Naranjo is a great example of the expression failing to plan is planning to fail. Thanks to his determination and focus, his journey into a new career is already navigating into success. 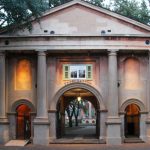