Beating Adversity with Every Step

Gabriel Cantrell has fought through multiple different surgeries across the span of his young life, most recently a major hip surgery. Originally from Kansas City, Missouri, Gabriel has been faced with his fair share of challenges, more than most people his age will witness. Yet when Gabriel decided to join the contracts team at Palmetto Goodwill, we knew this would be a place where he could thrive.

Well, thriving is an understatement! Gabriel has been an exemplary team member since beginning work as a Custodian at our SPAWAR contract site. Prior to this new journey, Gabriel worked at a local Eggs Up Grill and took courses at the College of Charleston for a short time. He says, “I’ve been working with Palmetto Goodwill for almost a year now and it’s one of the greatest things that has happened to me.”

Success for Gabriel does not stop there. After learning his part-time role and getting the hang of things, he wanted to challenge himself with going a step further. In less than a year since joining our team, Gabriel has navigated the transition to a full-time position swimmingly. “I did have to make some adjustments”, Gabriel explained, “For the most part, it’s been a great experience even though at times I can get frustrated.”

Encouragement and support from his parents and supervisor have helped comfort Gabriel while beginning the new role on our team. Paired with his dedication, this job opportunity has helped him take another big step in life and move into an apartment of his own. “I’ve now been self-sufficient for three months thanks to my job with Palmetto Goodwill.”, Gabriel happily shared.

Gabriel is proud of what he has been able to accomplish through his opportunity with Palmetto Goodwill, and we are just as proud as well. He describes his team members as “one big family” who can express their differences but still have a good day on the job together. It is proven that the community of people that surround Gabriel with their continuous support has made a world of difference. The Palmetto Goodwill family thanks Gabriel for his hard work and hope we can continue to achieve even more success in the future.

Steering her futureFulfilling the Mission 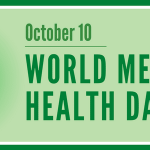