A Young Veteran’s Journey to a “Swift” Career

A hard worker since his early years, Calvin Collins remembers when kids used to ride the school bus to school. “My mother was a strong believer in being independent – especially for young black men in America. She taught us to take every chance possible to survive,” he recalled.

So, as soon as he graduated from high school, Calvin began work at a call center.

From Call Center to Combat

On Sept. 11, 2001, he commuted to work normally. It wasn’t until the quiet consumed his office that everyone knew that something very wrong was happening. Every TV channel blared the news of the attack on the Twin Towers. “I decided to go into the army then,” Calvin said.

At just 18 years old, his whole life was about to change. He joined the 13 Bravo field artillery unit in Upstate New York, where “every single year I was on that base I was deployed,” he said. Before he knew it, Calvin was deployed to Afghanistan, Iraq, and Kosovo – just to name a few war-torn countries. Like other veterans, he risked it all to protect his country until it was far too much to bear.

I got a few injuries and I had to get out. My body couldn’t deal with the stress.”

Well-equipped for active duty but not civilian life, Calvin looked for a new career but didn’t know how to start. Since he was a teenager, his entire life had revolved around learning how to provide support during combat – not how to find a new job. Moving to Texas, then to the Carolinas, he began to give up hope of finding a job he truly loved. “I ended up crawling back to the warehouse [jobs]. I think that’s what a lot of veterans do. They don’t have any other skills,” he said. He hated the monotony of it all. People do things they hate, he touched on, because of obligation, their age, fear, or fear of challenge alone.

“I kind of bounced around this for several years. Oh, until this past year, we were homeless,” he said.

Calvin tried reaching out to local organizations for help. But he only ever could find temporary help for a not-so-temporary problem. “One day, it really struck a nerve, because I realized that I was not going to get any better continuing doing what I was doing,” he said.

On the Road Again

A light at the end of the tunnel, in 2021, Calvin met Joe Queen of Palmetto Warrior Connection. Joe sat him down and explained to him that he had a lot more options than he even realized.  He coached him through creating a resume that highlighted all his accomplishments, and when they made one, Joe realized he already had CDL (Commercial Driver’s License) experience. “I already had CDL prior to this. I ran into some issues in 2013, and when I did get them straightened out, I just never went back. But for whatever reason, Joe convinced me to go back and try again,” Calvin explained.

He received employment and financial assistance, and within weeks, he was hired full-time for Swift Transportation. With young kids, Calvin finally can relax and know that not only can he provide for them, but he can actually enjoy his career path.

I want to be impactful. Not just for my children, but my grandchildren, and so on.”

To us, and to so many others, he is impactful already. He proves to so many other veterans that with hard work, and the resources available at Palmetto Warrior Connection, anything is possible.

From the emotional turmoil of the Army to the uncertainty of day-to-day life, it wasn’t always easy getting to this point. Not exactly a “swift” transition to Swift Transportation, we are so happy to have connected with Calvin, and the countless other veterans like him. Having the ability to pick up and go is freeing for him. “I won’t have to spend my 60s figuring out where I went wrong. Me and the truck is what I love,” he said. 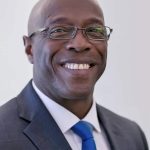 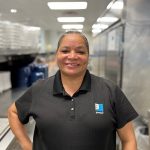