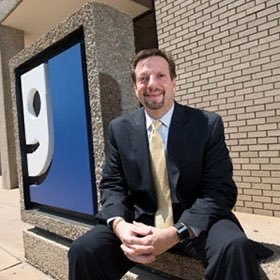 Brian Itzkowitz is an accomplished social enterprise leader with over 20 years of experience working within the Goodwill network of 155 independent non-profit agencies. In October 2021, he was appointed by the Palmetto Goodwill Board of Directors as the new President and CEO.

Currently, Mr. Itzkowitz also devotes much time to numerous boards for community involvement. At his alma mater, the University of Miami, he serves on President’s Council, Miami Herbert Business School Sustainable Business Advisory Board, is a former Vice President of the University of Miami Alumni Association and has spoken at two commencement ceremonies.

While serving in Arkansas, he sat on the University of Arkansas College of Business Advisory Board, Central Arkansas Radiation Therapy Institute Foundation Board, and was an active member of the Rotary Club of Little Rock. Additionally, he chaired the Arkansas Workforce Development Board’s Strategic Planning Committee, Little Rock Workforce Investment Board, and Arkansas State Rehabilitation Council. Mr. Itzkowitz was also appointed by the Secretary of Labor, Tom Perez, to the Department of Labor Advisory Committee on Increasing Competitive Integrated Employment for Individuals with Disabilities.

Mr. Itzkowitz co-founded the Arkansas Autism Foundation in February 2017. Through its mission of “building bridges to independence,” the foundation provides events and workshops, raises awareness, and supplies resources to individuals and families impacted by autism.